I'm going to assume you have some interest in Taylor Caldwell the person. While TC's relevance today is uppermost, a long life has to have affected that. TC lived in Buffalo's Pomeroy Park. When I grew up there, people loved gawking from their autos at the gorgeous – heavily lavendar – spruce tree decorations at Christmas time. Was it common knowledge that the famous Taylor Caldwell lived there? I know not, nor precisely how Buffalo viewed her fame. TC rarely resisted taking extreme positions on evil, a trait she shares with Buffalo's other recognized and prolific author, Joyce Carol Oates. Witness this in the coming Open Road promotions:

The Devil's Advocate – 12/14/19 – published in 1967; and Time No Longer – 12/19/19 – published in 1941.Trinity's are tough. Yet, like the Christian Trinity, they can open our eyes to possibilities. Pulling at just two branches of the Communism-Democracy-Fascism trinity tends to irremediably divide the world. Pace the John Birch Society, espoused by Robert W. Welch and Fred Koch in The Devil's Advocate caricatures communism/socialism vs capitalism. For example, she has the Commies/Socialists show their reverence for FDR by naming a boulevard after him. Like all the fabulously wealthy Kochs, Taylor Caldwell hated Franklin Roosevelt. Apparently because he created Social Security. Why did she hate Social Security? By this time, most of TC's worthwhile women stayed home, catered to their men (maybe a son) and were, conveniently, independently wealthy. If money is the bedrock of all evil, then neither Fascism nor Communism have simple faults. The famed minister, Reinhold Niebuhr, was another smart guy who went after the communism, fascism and democracy antagonisms. Witness his two long essays:

Children of Light and Children of Darkness, 1944; and The Irony of American History, 1952. His take: Bourgeois liberalism and Marxism both underplay the role of self-interestedness. Alas, thereby Nazis play them both for fools. The Fascist approach blasts its targets with coherent authority demanding adherance to one dominant ideology. Nazis used inherent unrecognized self interest of Niebuhr's two ''Children.'' That gave them converts from those who recognized the other two political legs weren't seriously on their side. Hey, it works today! TC liked neither communism nor fascism. Yet, her vehemence against the former in Devil's Advocate was a change from her stance in Time No Longer. She has a prescient take on what lay behind the Fascist's evil. Essentially, that being goodwasn't a winning point. Niebuhr agreed in spades on the evil in the world. Yet, he distinguished it from the evil in ourselves. Only if you take the second point with the first will you discern the madness in the claim by President George W. Bush, on September 14, 2001, that Americans are now in a position to "rid the world of evil." TC's 1941 publication Time No Longer, based around the year 1933, published prior to WWII, features the best of her story telling insights. It manages to show people driven crazy by Hitler's horrific rise to power and the personal trauma it caused in ordinary Germans. Actual events in TC's life strike me as relevant to changes in her preoccupations over time. For example, TC experienced a home invasion which contributed to the death of her husband, Marcus Reback. Peggy's (our mother's) autobiography has details. Peggy, too, changed from her negative feelings about Mr. Reback, finally understanding his contributions to the research that informed TC's plots. On Saturday, December 14, the Open Road promotion of Devil's Advocate will be available here. The promotion for Time No Longer, and a link to a family review, will be available on 12/19/19 (a newsletter will go out one day earlier), when the family will offer a free promotion for an audio book on the novel.

Michael Fried, Grandson For the Descendants of Taylor Caldwell 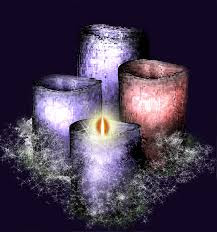 The sign-up for the TC-Descendants Newsletter is here. This email was sent to rtfried@gmail.com why did I get this? unsubscribe from this list update subscription preferences Descendants of Taylor Caldwell LLC · 3111 Bel Air Dr., #16A · Las Vegas, NV 89109 · USA

I've read your and your brother's reviews, insight's, regularly; I find them interesting. I've loved Taylor Caldwell since I was very young - 15. I am now a grandmother. I think a lot of the critiques of her beliefs are not accurate because not reasoned adequately. Taylor Caldwell was a phenomenon. I read somewhere that her editor rarely had to change a word she wrote. His name was Max (I cannot remember his last name but he was very famous). She won an essay award at the age of 5 in her native England over all other entrants- I'm sure she was the youngest. She suffered extreme emotional abuse. I know this. Her writing is so profound, eloquent, various and not exactly "conservative" . She believed anyone who wanted to could excel but that there are also stupid people- stupid meaning, "willfully ignorant", according to the original Webster's Dictionary; a meaning I love and believe to be accurate- who believe they can do and be all, and act accordingly like Philistines. I feel sad for her and her family. I wish she were alive and well so that she and I could be fast friends. She was always a friend to me through her books even though I'm years younger. She nurtured me and loved me through her books. she taught me about politics, love, evil, and people. She dedicated Captains... to Kennedy and Goldwater. I love her better than Pearl Buck and Sigrid Undset both of whom won the Nobel and deserved it but so did she. I've read these authors over and over again but Taylor Caldwell is the queen of storytelling - a phenomenon! please forgive the lack of paragraphs; I am unskilled in computer techniques to create paragraphs without deleting or displacing everything. Thank you for creating this site.

What a thoughtful message! I am the youngest of Taylor Caldwell's grandchildren and consequently had the least interaction with her among my siblings as she was already in the late phases of her writing career when I was a teenager. Even though she lived almost within a (long) stone's throw from our home in the Buffalo NY area when I was growing up, she was for me at best something of a mystery figure - and at worst, at least from my viewpoint a disinterested grandmother. She did seem to have a richer connection with my older sister, who cherished time spent with her and was (along with my oldest brother, Michael) very active in resurrecting her work as e-books during these past few years. My brother, Michael, a mathematician and avid reader, has spent much time reflecting on our grandmother and the relationship between her writing as well as on her nature as a human being, including examing her politics, her societal interests, and especially her relationship with our mother, which was complicated. These are, among others, themes that he will continue to address in the Descendants Newsletter.

He will certainly want to write back to you and thank you for taking the time to write. I am chiefly responsible for having created the website and so am pleased that you've found it to be useful. We are constantly thinking of things we could do to enhance it in ways that will make Taylor Caldwell's writing - her novels and other critical works, more accessible to today's readers as well as to her long-standing admirers, and to this end, as time passes we hope to introduce more Taylor Caldwell memorabilia at the website. Your thoughts on Taylor Caldwell and on the website therefore are very welcome.

Sincerely and wishing you the best of this coming holiday season,